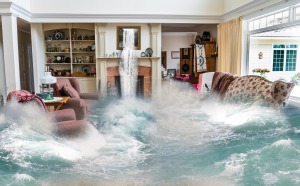 Private flood insurance options are increasingly available in some states, but consumers should make sure they understand the fine print before choosing one over a federal policy.

Typical homeowner insurance policies do not cover flood damage; consumers must buy special coverage. Most residential flood policies are sold through the National Flood Insurance Program, administered by the Federal Emergency Management Agency. The program was created in 1968, when it was difficult for private companies to insure flood risk at rates homeowners could afford.

But after disastrous storms like Hurricane Katrina in 2005 and Hurricane Sandy in 2012, the federal program has gone into debt. The government has been taking steps to stabilize the program and raise flood policy rates, notably with legislation in 2012 that reduced subsidies that had kept premiums on some properties unrealistically low. Further action by Congress in 2014 slowed the rate increases, but many policyholders are still seeing costs rise.

As a result, some insurers see a market for private flood policies, and legislation pending in Congress aims to encourage more insurers to sell them. Insurers say updated technology and building practices can help them better assess risk and price policies.

Consumers should ask agents and insurers for details of how private policies compare with national flood insurance, said Don Griffin, vice president of personal lines at the Property Casualty Insurers Association of America. “They need to understand what their options are.”

Private policies are a small portion of flood policies. Florida, which has the largest proportion of properties with federal flood insurance — about 1.8 million of the roughly 5.1 million policies nationally — acted in 2014 to encourage the sale of private policies. The state’s Office of Insurance Regulation estimates there are now 3,000 private flood policies.

One new offering comes from TypTap, a unit of HCI Group, which started offering flood policies online this year in Florida only.

Other companies offer private policies in multiple states, including the Flood Insurance Agency, which markets policies backed by companies including Lloyd’s of London, and NFS Edge Insurance, a unit of Aon National Flood Services.

Some insurers focus on higher-risk properties, while others may focus on lower-risk locations. “We look to match markets with risk,” said John Dickson, chief executive of NFS Edge.

The National Flood Insurance Program policies cover structures up to $250,000 and contents up to $100,000. They do not cover extra living costs, like hotels and restaurant for displaced homeowners. Private options may offer higher limits and include coverage for housing if you have to relocate temporarily.

But there may be trade-offs. David A. Thompson, an education instructor with the Florida Association of Insurance Agents, cautioned this summer that some mortgage lenders may be reluctant to accept some private flood policies for federally backed home loans, and that private insurers may have more leeway to simply leave a market and cancel coverage.

With national flood insurance, almost anyone can buy a policy if the community participates in the national program. Private companies, depending on the regulations where they operate, may do more extensive risk analysis on a property and may choose not to offer coverage.

The entire federal flood insurance program is up for reauthorization by Congress next year, and alternatives to federal coverage are likely to get more scrutiny. Rafael Lemaitre, a FEMA spokesman, said the agency encouraged the sale of private flood insurance. “The more people are covered, the better,” he said.

Here are some questions and answers about private flood insurance:

Yes. But if your property had lower, “grandfathered” rates under federal flood coverage rules, you may lose that protection after changing to a private plan, resulting in higher premiums should you return, Mr. Griffin said. Pending legislation aims to remove that risk, he said, but its outcome is uncertain.

How can I tell if a flood insurer is financially sound?

Ask if the company insuring the policy carries a rating by a firm like A. M. Best or Fitch, which rank insurers’ stability. In Florida, Mr. Griffin noted, companies that are not large enough to be analyzed by the bigger firms may be rated by a company called Demotech.

It is also wise to ask whether policies sold by private insurers are covered by a guaranty fund, which most states have to cover claims if an insurer fails.

Do private flood policies have a waiting period as federal policies do?

Waiting periods for private policies vary, but in some cases are much shorter than the 30 days typically required with federal policies. NFS Edge says its policies have no waiting period if bought as part of a loan closing, but otherwise take effect in 15 days. TypTap says its policies can take effect in as little as two days, but the company can delay policies at its discretion under certain circumstances — for example, if a hurricane is barreling toward land.